Prior to the anime, a live action movie adaptation of the popular Lovely★Complex manga was released in Japan on July 13, 2006. Viz Media released the Lovely★Complex movie with English subtitles in North America on February 19, 2008.

Risa Koizumi and Atsushi Otani are two high school students who both have height complexes. Risa is a tall girl and Otani is a short guy. They have each confessed to someone before, but were rejected because of their height differences. In school, they are known as "All Hanshin Kyojin" because of their height differences and the fact that they are always bickering in a comedic way. They are both looking for love and they just might find it in someone they didn't think they would: each other.[1] 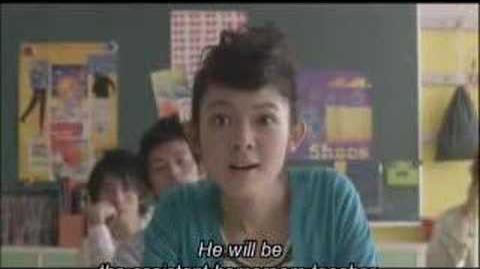 LOVE★COM THE MOVIE trailer
Add a photo to this gallery

Add a photo to this gallery

Retrieved from "https://lovelycomplex.fandom.com/wiki/Lovely_Complex_(Movie)?oldid=8866"
Community content is available under CC-BY-SA unless otherwise noted.